John Woolman (1720-1772), Quaker and abolitionist. Born in Northampton, Burlington County, West Jersey (now New Jersey), of devout Quaker parents, Woolman became acquainted early with the operations of divine love. A serious youth, he developed a conviction that cruelty toward any living creature is inconsistent with the claiming of a love for God. Employed at age twenty-one by a merchant in Mount Holly, he quickly found his creed put to the test when he overrode his conscience to write a bill of sale for a black woman slave owned by his master. At twenty-six he began traveling the American colonies to strengthen various Meetings as a "minister" in the Religious Society of Friends. On the very first of these missions he witnessed the evils of slavery. From that time until his death from smallpox in England, he spent about one month a year traversing the colonies to plead with Quakers to free their slaves.

Woolman gave up a prosperous merchandising business to learn a tailor's trade lest daily demands encumber him and prevent him from doing God's leading. Little by little, he perceived that injustices such as slavery did not result from intentional hurt but from insensitivity to the impact of our desire for comfort and convenience on others' lives. The answer, therefore, begins with love. If we live by agape love, we cannot overlook the hurt we bring, however indirectly, to others. Woolman recognized that looking at such large problems as slavery may cause us to throw up our hands in despair and do nothing in response. Believing that small efforts matter, however, he acted out of the confidence that God would use any good effort. He did not live to see the end of slavery even among Quakers, but largely because of his efforts, by 1787 no American Quaker owned a slave.

Woolman's Journal, the primary source for his life and thought, is available in a variety of editions.

If John Woolman had taken the Spiritual Types Test he probably would have been a Prophet. John Woolman is remembered on October 7.

[Excerpted with permission from the entry on John Woolman by E. Glenn Hinson, from The Upper Room Dictionary of Christian Spiritual Formation, edited by Keith Beasley-Topliffe. Copyright © 2003 by Upper Room Books®. All rights reserved.] 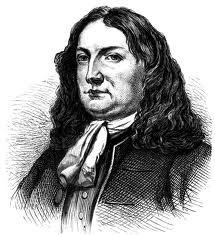